The memorial plaque, located at the main entrance of Ihnestraße 22, was installed in 1988. Its installation was the result of several years of research and activism by scientist and staff of the Otto Suhr Institute for Political Science as well as independent researchers. 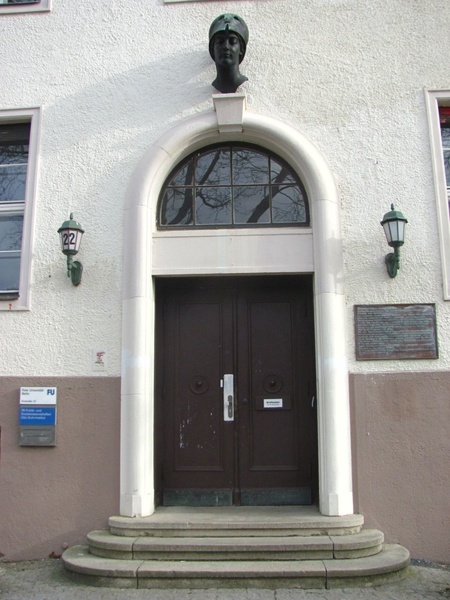 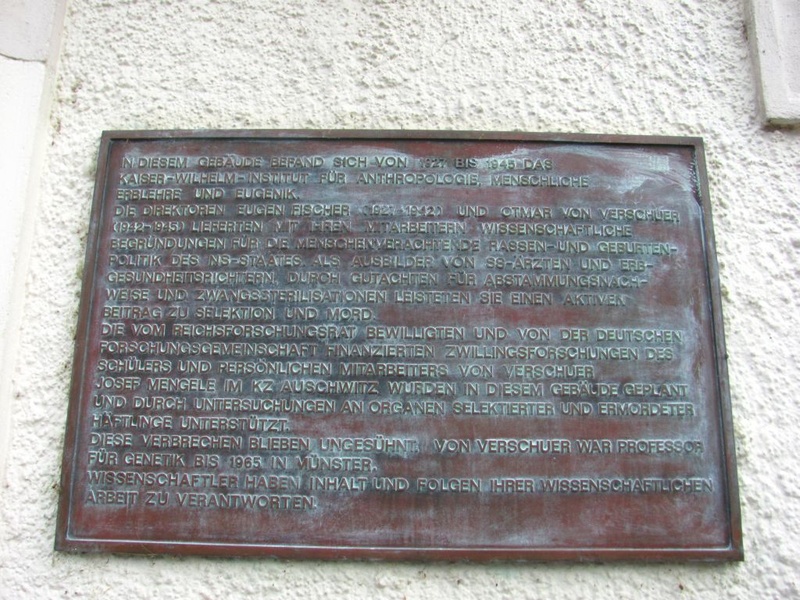 For a long time, not much was known about the history of the building at Ihnestraße 22 and the connections of the former Kaiser Wilhelm Institute for Anthropology, Human Heredity and Eugenics (KWI-A) to colonialism and National Socialism. Neither the Max Planck Society (MPG), the successor institution of the Kaiser Wilhelm Society, nor the Free University of Berlin officially acknowledged this historical connection after World War II. Doctoral student Anna Bergmann looked into the history of the institute in 1983 and tried to initiate a discussion about the racist history at the Otto-Suhr-Institute. Since research on medical crimes under National Socialism and the history of racial hygiene was still in its infancy at the time, nothing happened at first.

Only when the well-know human geneticist Benno Müller-Hill suggested a memorial plaque in 1985 based on his research (author of Tödliche Wissenschaft. Die Aussonderung von Juden, Zigeunern und Geisteskranken 1933-1945), the university administration took first steps towards a possible remembrance.

Meanwhile, Anna Bergmann, Christl Wickert and other researchers had continued their research of this history in the archives. In the process, they repeatedly encountered resistance and Anna Bergmann was banned from the MPG archives.

After the department council of the Otto-Suhr-Institute passed a text proposal for a memorial plaque in 1986, further discussions and disputes about the exact contents of the plaque followed, including with the executive office of Freie Universität and the MPG. Since there were differences between the MPG and the institute regarding the content of the plaque, nothing happened for a while. Being frustrated by this lack of action, a scientific working group (short: project group) designed a concept for a permanent exhibition and independently installed a first memorial plaque on the building in September 1987. This plaque was then officially replaced by the Freie Universität Berlin with today's plaque on June 15, 1988.