We spoke with Israel Kaunatjike, Herero activist from Berlin, about the German genocide of the Herero and Nama people in the former German colony of German South-West Africa, now Namibia. Until today, Herero and Nama activists are fighting for recognition and reparations of this genocide by the German government. An appropriate remembrance of these atrocities is not taking place in Germany.


Israel Kaunatjike, a herero activist who has been living in Berlin for more than 30 years, advocates for the German government taking responsibility for its grueling colonial crimes in today’s Namibia. He is a member of the alliance “Genocide does not have a limitation period!” and works as an advisor on civic education, concentrating on German colonial history in German Southwestafrica from apartheid until contemporary times in Namibia. As a member of the South West African National Union (Swanu), the first political party in former German South-West Africa, he actively opposed apartheid. 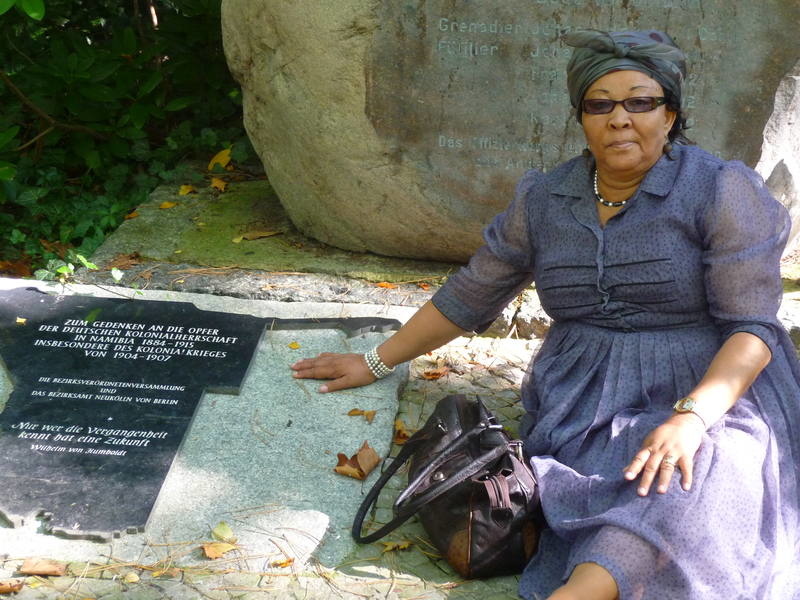 Ida Hoffmann is a Namibian politician and Nama activist. Active in the South West African Peoples Organization (SWAPO) during independence, she was a leading figure in their Women’s Council. From 2005 until 2010, she was a member of Namibia’s National Assembly. Since then, she has been actively advocating for the recognition of the German colonial genocide and is currently chairwoman of the Nama Technical Committee.

Interviewer: What should happen with these skulls which are currently still in Germany. How do you feel about this?

Ida Hoffmann: The skulls about which our ambassador discusses are still in Germany. There are at least about 70 skulls left […], we will take them to Namibia. There will be a way that we will bury them and put up a monument. It was decided that they take the Nama skulls to the south and maybe they will take the Herero skulls with them or we just come together somewhere and have one big grave and build a joint monument there. I think that would be the best.

Interviewer: And what do you think the German government should do in recognizing this as a Genocide (what happened)?

Ida Hoffmann: Recognizing it as a Genocide is one thing. I would say: an apology! When it comes to an apology you have to say why you did this – there must be a reason for it. It is now that they cannot say what it was. And I talk about reparations - you know that. ... [T]hese things have to be done by these people. To heal the wounds and to have a good relationship, it needs an apology. Just recognize the guilt and apologize for it. Because the proof is there, the skull is there, the remains is there, the documents is there, the bible is there - what more did you want.

Interviewer: And what would you like young people in Germany to do? Do you think they can support this?

Ida Hoffmann: At least support us with these things. Stand together with your government. They must pay reparations, they must apologize, they must recognize the guilt their previous government has done. That is where I would like to see your support. Then there can be a relationship between the youths. After the apology we can go further with open hands.

Interview with Ida Hoffmann at “No Amnesty for Genocide!”, 24.10.2013 , an event organized by Berlin Postkolonial e.V.